Dubai Real Estate Market — Is it a good place to invest? The Dubai Real Estate Market has a paradox that has left the industry divided.

But it has a bright side to it. It is a well-known fact that a flat property market is almost always a buyers’ market & Dubai is no exception.

An ever continuing price-correction & piling inventory have, however, forced developers to get real when it comes to both pricing & sizing their offerings.

It may sound ironic for a city that prides itself on towering skyscrapers & a billion-dollar-skyline, but Dubai’s real estate has seen a few lukewarm years. A slow in demand in the emirate’s property market has caused both a sales drop and steady price-correction. But a slight spike in sales could bring that much needed cheer to the market. Or will it?

The answer to that question is a tad layered.

When Dubai was pronounced the host for Expo 2020 around 6 years ago back in 2013, property prices in the Emirate began to rise. But all this happiness was short-lived, as prices began plateauing in mid-2014.

“We are seeing about a 20 to 25 percent drop in residential prices from their peak levels in 2014,” said Dana Salbak, Associate (the Middle East and North Africa), JLL.

The bright side to this price drop, is the well-known fact that a flat property market is almost always a buyers’ market & Dubai is no exception to it. The trend of correction in Dubai’s property prices has resulted in an increase in sales for the months of June, July & August 2019, as per a report by real estate observer Data Finder. These 3 summer months saw a 33.4 percent rise in the number of residential sales transactions, that in turn helped in a 14.4 percent rise in sales volumes.

Data Finder report states thfrealat this growth has translated to a whopping 8,833 property transactions between June & August this year, against just 6,618 deals last year. The 14.4 percent rise in sales volumes has translated into a total transaction value in excess of AED (United Arab Emirates Dirham) 14.94 billion, versus AED 12.58 billion in business last year. That puts real estate transactions, by value, at a 4 high. While on the face of it, this is being seen as a possible recovery in the real estate market of Dubai, analysts are still in doubt.

“There is still room for prices to drop even further. However, it will be a single-digit decline,” shares Salbak, “So, between 5 & 9 percent in terms of a decline is what we can expect from now till the end of the year 2019, and in the first six months of the coming year.”

The reason behind this unabated price correction could well be because Dubai’s developers haven’t exactly reined in construction activity. Another report by real estate observer JLL says that 6,300 new homes were completed in the 2nd quarter of 2019, which pegs Dubai’s total residential stock at 5.36 lakh units. With 42,000 new homes slated to hit the market by the end of 2019, the report says real estate Market of Dubai, inventory will stand at a sizable 6.59 lakh homes by the end of 2021.

But some of Dubai’s popular and established real estate developers feel that expecting prices to correct further is unrealistic:

“The real (credible) developers here have already cut down on prices, I don’t think anything further can be reduced,” said Sobha Group chairman, PNC Menon, in an exclusive F2F with CNBC-TV18.

Even as the numbers appear to suggest that the market will most certainly stare at oversupply yet again, developers have begun falling back on brand & pedigree to sell homes.

“The Dubai market is just getting stabilized. There cannot be too many operators, and that’s what the truth is,” said Menon,

“If there are too many operators, the right ones will get the market to choose between the boys & the men. It will happen soon.”

A continuing price-correction & piling inventory have, however, forced developers to get real when it comes to both pricing & sizing. So, what was once a 2,500-square-foot apartment, which would have been off the shelf in a matter of days, is a now a 1,500-square-foot unit in the hope that the price tag will match with prevailing home budgets. But not all developers feel this way. Some say that buyers go for quality, reliable & completed real estate backed by deep pockets. This audience, these developers say, is insulated by the vagaries of the real estate market.

“Today transactions are going to be in the ready-goods market. The end consumer is more confident when it comes to buying something they can touch, feel & move into next month,” says Raju Shroff, managing director, Regal Group,

“By both constructing & completing their projects on time, developers have ensured that there is a lot more activity for the consumer because they get easy finance, they can both touch and feel the product & they can visualise life in their new homes without waiting for years (for completion).”

Renewed home buyer interest notwithstanding, there is a need to resurrect the Real Estate Market of Dubai. The United Arab Emirates (UAE) government has already responded to the demand by issuing both gold cards & long-term residency permits to convince high-earning individuals to stay longer & hopefully make more real estate investments.

It has plans to hand out 6,800 such gold cards by the end of this year. The administration has already put in place a special committee to regulate real estate activity — another clear attempt at keeping the supply in check.

“The government has made an announcement to establish a Higher Planning Committee for real estate whose main job will be to control this demand between demand and supply,” says Salbak,

“So, this realisation means that both the private & public sectors are coming together on a single platform to control the market, which is a necessity seeing the current scenario.”

She says further: “Real estate accounts for about 15 to 20 percent of Dubai’s gross domestic product (GDP). So, we are going to need to come together & ensure that the market stays afloat.”

Villas in Dubai, the best investment?

The increase in mortgage transactions is a very positive sign. It demonstrates more end users are buying, which will help stabilize the market as long-term buyers or investors are displaying confidence to invest in real estate. 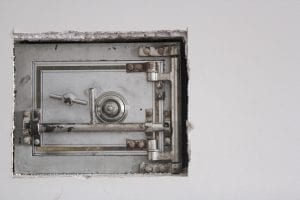 Are your SmartCrowd investments Safe?

One of our core values is trust; we were compelled to provide investors protection on their investment. We wanted people to feel comfortable investing large sums of money on a digital platform and sleep easy, knowing that one-way tickets to the Caymans were not part of our exit strategy.

The pandemic migration: Why Villa Sales Are Up

A Webinar by SmartCrowd CEO and Co-Founder, Siddiq Farid

In this webinar, we will walk you through our research on villas in Dubai and why we believe they present a massive opportunity.